On January 5, 2023, the Federal Trade Commission (“FTC”) proposed a new rule banning non-compete agreements. The 218-page notice of proposed rulemaking details the FTC’s position on the value (or lack thereof) of non-competes, before culminating in a proposed new five-part regulation, eliminating the use of non-competes nationwide for nearly all workers. This proposed rule follows the Biden 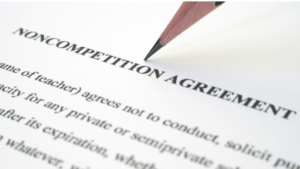 administration’s July 9, 2021 Executive Order, which directed the FTC to issue a rule limiting the enforceability of non-compete agreements. Our alert on this Order can be found here.

Specifically, the proposed FTC rule defines the use of non-compete clauses after the “Compliance Date” (180 days after the regulation is finalized) as an unfair method of competition. As a result, employers would be prohibited from entering non-compete clauses with their workers, including independent contractors. The definition of non-compete clause is also broad. It includes not only the traditional notion of a non-compete, but also any contractual term that operates as a de facto non-compete – such as broadly written non-disclosure agreements, or contractual terms that require the worker to pay training costs for their replacement without tying that number to the actual costs incurred by the employer.

Additionally, the proposed rule creates two requirements for employers regarding existing non-competes with workers. First, employers must rescind all non-compete restrictions before the Compliance Date. Second, employers are required to provide individualized notice to all workers whose non-compete was rescinded that the agreement is no longer in effect within 45 days. This notice includes current workers, and former workers, if their contact information is readily available.

Finally, this proposed rule is intended to supersede any state laws or guidance that is inconsistent with its terms. This effectively means that non-competes will be banned nationwide, as any state law allowing their use will be preempted. Despite the large breadth of the proposed FTC rule, there is one limited exception — where a person who is selling a business is a substantial member of that business at the time they entered into a non-compete arrangement.

Perhaps in recognition of the need for further limits on the proposed rule, the FTC has asked for public comment on a number of topics. Specifically:

At this stage, businesses may submit comments to the FTC articulating their position on the proposed rule. The comment period extends for 60 days after the Federal Register publishes the proposed rule. Now is also a good time for employers to evaluate whether to update their NDAs to include enhanced confidentiality protections, given that such provisions may be the principal way going forward to protect company information and goodwill. We will continue to provide updates on this potentially massive sea change in the law.